The Taeuffer line goes back several generations in the Region of Alsace, Department of Bas-Rhin in France. Or sometimes in Germany. It all depended upon which country happened to have possession of the region at the time. The patriarch from each generation of the family going back at least 250 years has served as Mayor of the small town of Frohmuhl. Or sometimes they were Burgermeister, if Germany happened to be in charge.

In 1804, patriarch Nicol Taeuffer and his wife, Anna Marie Macart built the Restaurant in the village, located about 40 miles northwest of Strasbourg, that would remain in the family until late in the 20th century. 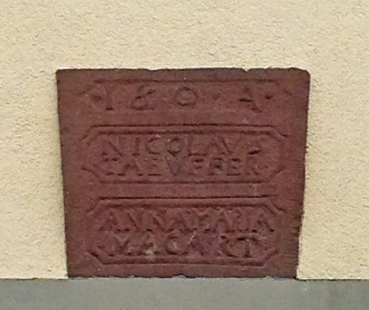 Here are the Taeuffer descendants starting back in the early 1700s. Click on the images to get a better view.

My family is descended from Pierre and Catherine’s son Jacques Taeuffer. His descendants can be seen below. For a downloadable copy click here.

My great great grandparents Jacques Taeuffer and Sophie Winter are the link to all the wonderful cousins we discovered who are still living in Alsace. Once I showed my father’s elderly second cousin Lucie Taeuffer Dann our family tree which included them in 1995, she knew we were the real deal. To learn more about that day, read The Day the Taeuffers Returned to Frohmuhl. My sisters and I are so very grateful that we have had the opportunity to come to know and adore our French Connection cousins.

Below are Jacques and Sophie’s descendants. Find a downloadable copy of their descendants here. 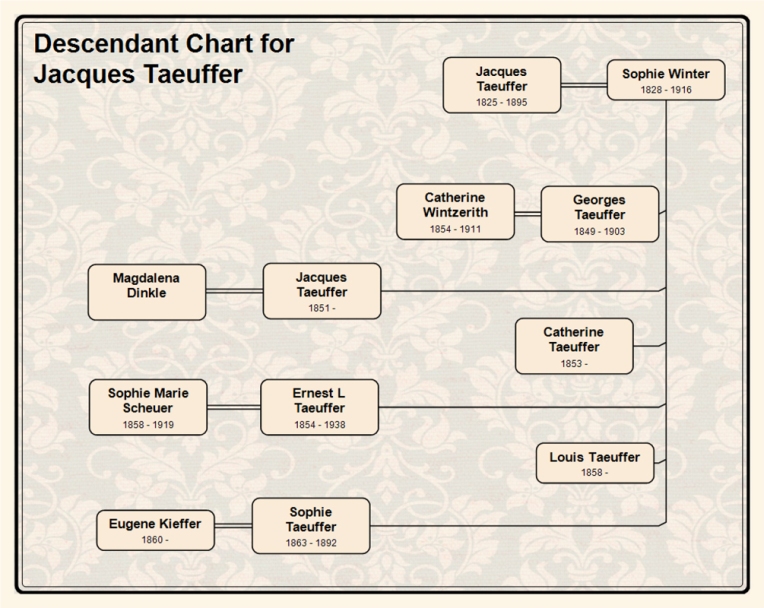 Three of Jacques and Sophie’s six children lived to have children of their own. My great grandfather, Ernest L. Taeuffer was the only one who decided to immigrate to the United States. Our cousins living in Alsace are descended from his older brother George.

Click on the images to get a better look.