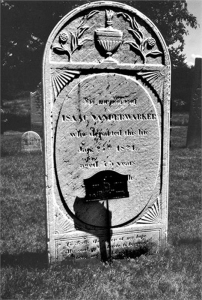 The Vanderwalker/Vanderwarker/Vanderwarken family tree goes back to Colonial times in the early 1600s. They were a prominent family in upstate New York near Saratoga and included at least two patriots who fought in the American Revolution. My ancestors, of course, were in the branch of the family that left town to seek their fortunes elsewhere.

This is my biological line through my great grandmother, Agnes Call.

Click on the images below for a closer look at the early Vanderwerken/Vanderwarker/Vanderwalker lines.

To get a copy of John Call’s chart click here.

Agnes Call was married twice and had two families spaced quite far apart in time. To read about her interesting and eventful life, start The Early Years.