Aden C. Congleton was born around 1809 in New York State. Details about his early life are as yet undiscovered, but it is known that in 1849 he heard the siren call of the California Gold Rush.

As all California elementary school children know, on January 24, 1848 James W. Marshall discovered gold at Sutter’s Mill on the American River near the settlement of Coloma. Word soon got out and fortune seekers from California, Oregon and other nearby areas swarmed into the area. San Francisco was immediately drained of men. On August 19, 1848 the discovery was reported in a major East Coast paper for the first time by the New York Herald and the floodgates really opened up.

Aden Congleton, most frequently referred to as A.C., was living in Michigan where he joined with twenty-five other eager 49ers to form the Albion Company wagon train. They headed west in early 1849, immediately after the spring thaw. On April 25 they were traveling on the steam boat Dakota on the Platte River with about 35 other California emigrants when the boat wrecked about 18 miles below Fort Kearney, Nebraska.

The survivors of the shipwreck all retreated eastward. A group of around twenty families wrote to the Kanesville, Iowa newspaper from the confluence of the Missouri and Nishnabotna Rivers about 50 miles south of Omaha requesting rescue.

But the all-male Albion Company wagon train had lost most of the mining equipment they had brought with them in the shipwreck and they retreated even further east, almost halfway back to their starting point in Michigan. On May 16, 1849 they were reported to be in Danville, Iowa near Burlington on the Mississippi River. It is lost to history as to whether or not the entire group was able to recover from this setback, but intrepid A.C. Congleton did make it to the gold fields.

When A.C. arrived in Nevada County, California it was pretty much a lawless area. Still part of Mexico, but far removed from the government in Mexico City, there was no system of maintaining order in place. Miners would “stake a claim” literally placing stakes around the area they thought might have potential. That would establish their right to work the claim, as long as they were actively mining it. If they left the claim alone too long, another miner could come along and “jump the claim” by simply starting to work it. Before California statehood in 1850 there simply were no property rights and no deeds were being recorded. Disputes were often settled in the saloon with fisticuffs or side arms.

The prevailing sentiment of the early miners was that they were there to get rich and get out. Eastern standards of conduct were abandoned “for the duration” and the men convinced themselves that those standards could always be readopted once they returned home. Consequently, California became a wild and wooly environment. It even became acceptable in some instances for women to work!

A.C. would stake his claim outside the settlement of Rough and Ready. The 1856 Brown & Dallison’s City Directory described April 1850 Rough & Ready as “a few scattered cabins” which tripled in size by that October. However, a lack of water then stalled and even reversed the growth. Californians have been arguing about water ever since.

In response to concerns about the inaccuracy of the data from the 1850 US Census in California, a State Census was taken in 1852. Much of the information from that census has been destroyed, but A.C. Congleton can be found enumerated on a tattered page listing Nevada County residents. 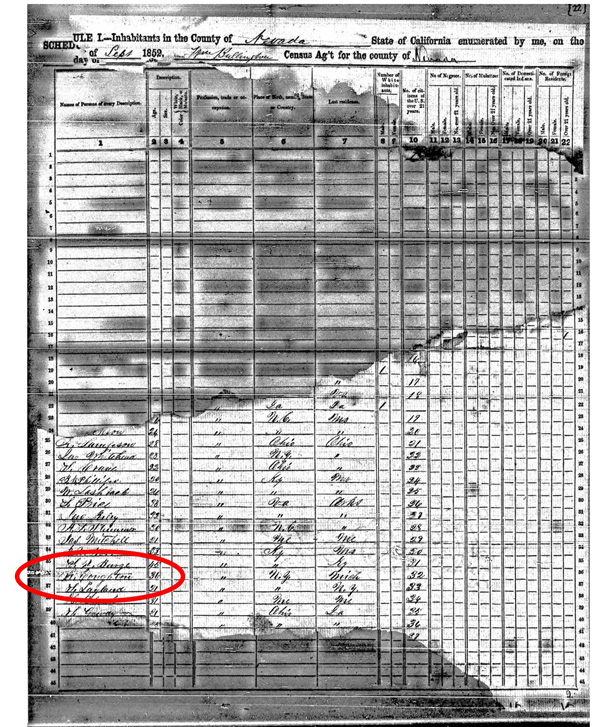 That same year, his younger brother, John E. Congleton arrived in California with his wife Almira Almy Congleton and their seven surviving children, William, Gordon, Sara Ann, Amelia Jane, Hannah Augusta, Eliza Columbia, and Martha Malinda, the youngest having been born on the trip West, plus his 26 year-old spinster sister-in-law Cynthia Almy. It is said that upon hearing that the family was approaching Rough and Ready Township, A.C. rode out to meet them carrying a gold nugget worth $1,000. 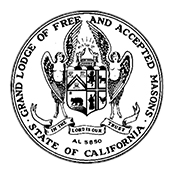 On March 6, 1854, a dispensation was granted by the Grand Lodge of California Free and Accepted Masons to twenty men at Rough and Ready. And on May 3, 1854 a charter was issued to Rough and Ready Lodge No. 52. Aden Congleton was not among the original twenty, but he and his brother, John E. did join up the next year, in 1855. Aden continued his membership, serving as Junior Deacon in 1857, Junior Warden in 1862, Steward in 1863, and Junior Deacon in 1864 and 1865. It was that year that the Lodge “surrendered its charter owing to the failure of the mines in that locality.”

The towns of Nevada County remained segregated throughout the 1850s and 1860s, with Chinese, African Americans, and foreign-born (especially the Irish) the groups most typically to be isolated. Nevertheless, in 1860, 49 year-old A.C. was sharing living quarters with two 30 year-old Chinese men in Rough & Ready Township. All three were miners and there is no indication that any of them owned property, real or personal. While the 1860 Census does list some households of men with European surnames living near households of men born in China, it was not typical for whites to cohabitate with the Chinese, who were viewed as the “most alien” of the foreign-born new-comers.

Due to repeated courthouse fires, records before 1863 are scanty or nonexistent. But a deed from November 1863 documents that A.C. Congleton purchased the 200 acre “Thomson’s Ranch” on Yankee Flat, two miles NE of Rough & Ready, bounded on the North by Deer Creek from Alexander Thomson. The purchase also included water rights and two buildings. The tax assessor record from 1864 valued the land at $100 and the 6 cows, 2 oxen, and 7 tons of hay at $200. The tax that year came to $8.10.

Aden was not particularly interested in becoming a dairyman, as evidenced by the tax assessor record from 1865, which indicates he was down to 1 cow and 2 oxen; no hay mentioned. The value of the land had increased to $150, but the personal property had fallen to $105 and his tax totaled $6.25.

In November 1865 he sold a 100-ft. portion of Constitution Ledge, a gold and silver bearing quartz ledge located 200 yards from his house for $20. The same month he purchased a water ditch and tunnel located about ½ mile north of the Old Randolph Exchange Hotel in Rough & Ready for $20. Water, apparently, being more useful than gold.

Meanwhile, in the spring of 1862, one James Lynch did abandon his family leaving his wife, Mahala Hanks Lynch and their four children in “destitute circumstances.” At some point, Mahala and A.C. Congleton noticed each other and eventually set up housekeeping. In 1866, their daughter, Adrian Ada, was born.

Perhaps having become a father around the time that he lost the social support of his Mason Lodge helped convince Aden that his future may not lay in the pursuit of mining nor in the increasingly economically depressed Rough and Ready Township. So in 1866 he began divesting himself of mining assets. In March he sold his remaining interest in the Constitution Ledge for $30 and in October 1866 his interest in the mining claim on Kentucky Ravine including a cabin, a water ditch, and various tools, for $100. Mining was no profession for a family man.

The 1866 assessor’s record for Aden’s ranch listed the same 1 cow and 2 oxen, but added 2 horses and 1 male dog (which would have been taxed at a different rate than a female dog). This personal property was valued at $270. The value of the land held steady at $150 but the tax had risen to $8.19. By this time his commitment to Rough and Ready was broken and in October 1866 Aden sold the “Thomson Ranch” with improvements (two water ditches, farm equipment, and various oxen, chicken, and one heifer) on Yankee Flat for a cool $1,400.

On April 22, 1867, Mahala was granted a divorce from James Lynch on grounds of desertion in Nevada County. He was served a subpoena, but did not choose to put in an appearance. Two weeks later, on May 11, 1867, A.C. Congleton and Mahala Lynch were married in Butte County, California. The break with Nevada County was not complete though, for in 1868 Aden registered to vote in Nevada City and listed his occupation as farmer.

The family was enumerated twice in the 1870 Census; in Nevada City, where Aden was listed as a Miner, and in Navarro, Mendocino County, where he was listed as a Teamster. The family listed included 48 year-old wife Mahala, 22 year old step-son James (Miner in Nevada City, Laborer in Navarro), 13 year-old step-son George (attending school), 8 year old step-daughter Maria J. (attending school), and 4 year old daughter Ada.

In 1875, step-son James Lynch/Congleton married and moved across the country to set up housekeeping in Florida where he spent the next twenty years as a Log Sawyer. By now it would appear that logging had become the family business. 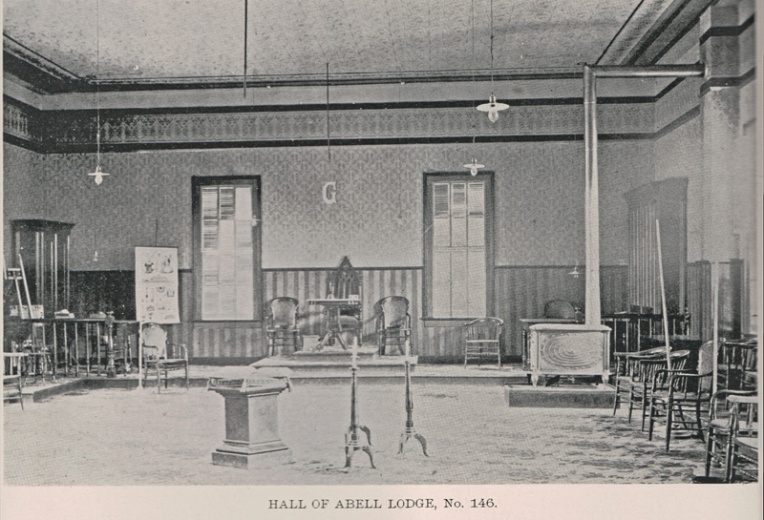 In 1876 Aden returned to the Masonic Lodge, joining Abel Lodge No. 146 in Ukiah, Mendocino County. He endeavored to make another go with farming, but things did not work out too well there for old Aden. In March 1876 he suffered a significant loss when he “had his house and furniture, smoke house, granary and contents destroyed by fire…during his absence at church.” So by 1879 he had relocated once again, this time to Davis Creek, Modoc County where he registered to vote listing his occupation again as Farmer. Meanwhile, Abel Lodge in Ukiah suspended his membership due to nonpayment of dues.

In 1880, the family had settled at Goose Lake, Modoc County, California and Aden was working as a laborer. By this time he was 68 years old and only his youngest step-daughter, 19 year-old Maria Lynch and his daughter, 14 year-old Adrian/Ada Congleton were living with he and wife Mahala. But Aden’s step-daughter Louisa and her husband, William Washburn, lived nearby. William was working as an engineer in a local saw mill, further establishing the family’s connection to the lumber industry.

Aden’s step-daughter Maria was married in late 1880 and things were beginning to look better for the family, only to have them go terribly wrong when new bride Maria died a few months later in March of 1881.

The fall of 1884 found Aden lying ill in the County Hospital in Santa Rosa, Sonoma County located over 350 miles away from his home in Goose Lake, presumably due to the lack of hospital services in remote Modoc County. On September 16, 1884, Aden C. Congleton died at the County Hospital in Santa Rosa and his remains were interred the next day in the Santa Rosa Rural Cemetery under the auspices of the Masonic fraternity of Santa Rosa. 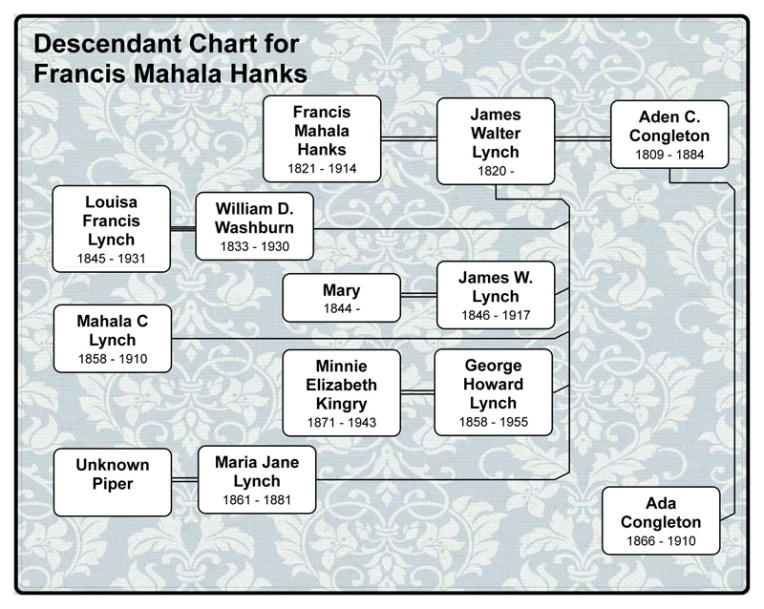