George Eastman pretty much created amateur photography when, in 1888, he introduced the Kodak #1 camera to the world. This camera was sold pre-loaded with a roll of film.  Once film had been exposed, the entire camera was returned to the factory in Rochester to be processed. The camera would be refilled with new film and returned to the owner while they waited for their prints. But when the economical “Brownie” camera came out at the turn of the 20th Century, the hobby exploded in popularity.

Hats were also all the rage at the turn of the century. And the ladies of Healdsburg were more than delighted to use the new photographic technology to document their fine plumage. Mae Congleton Taeuffer, Maggie Pauli Fischer, and Katherine Pauli Grabner are featured in the top row. Sophie Scheuer Taeuffer is at the bottom right of this grouping. 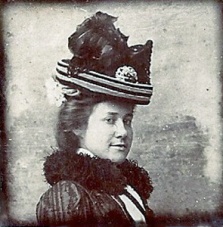 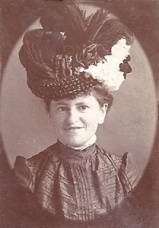 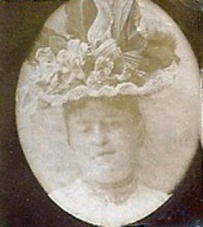 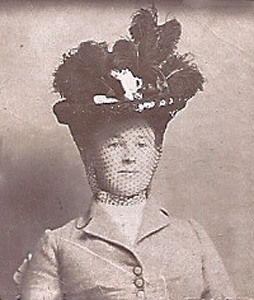 But the ladies were not the only ones wearing and photographing hats. Babies, children, and basically the whole family got into the act. The young man in the middle is Fritz Grabner. The family grouping includes Mae and John Taeuffer, Maggie and Alvin Fischer, and the youthful siblings Fritz and Katie Grabner all sitting on the back porch of the Taeuffer house on Magnolia Drive. 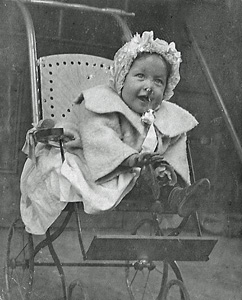 And, of course, getting silly with hats became a part of it as well. As, apparently, did the phenomenon that would come to be known as “hat hair.” So far the identities of these ladies remain blessedly anonymous.