My great great grandparents, John E. Congleton and Almira Almy had a large family. Not all of them made it to adulthood. 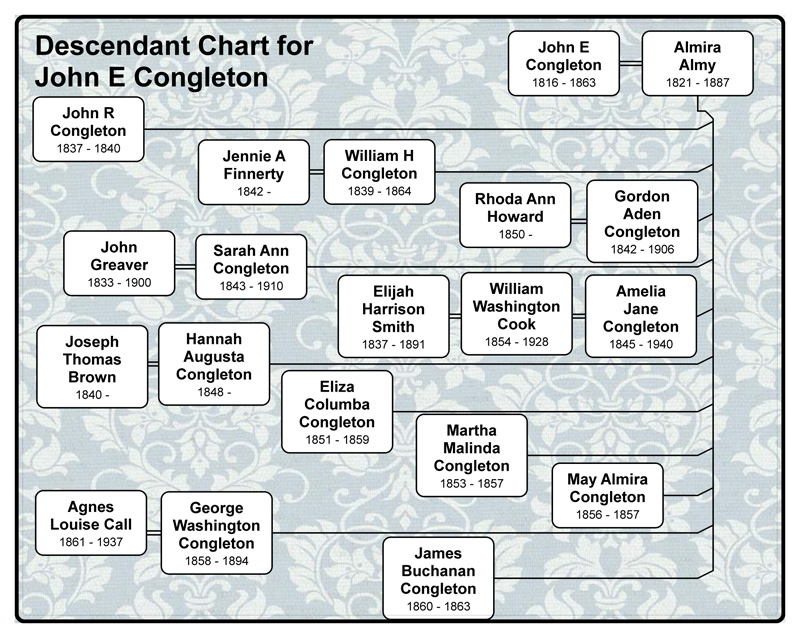 My line goes through my great grandfather, George Congleton who married Agnes Call (nee Vanderwalker). The other side of this generation is represented by Ernest Taeuffer and Sophie Scheuer. These lines will cross twice in the next generation.

Click on the images to get a larger view.